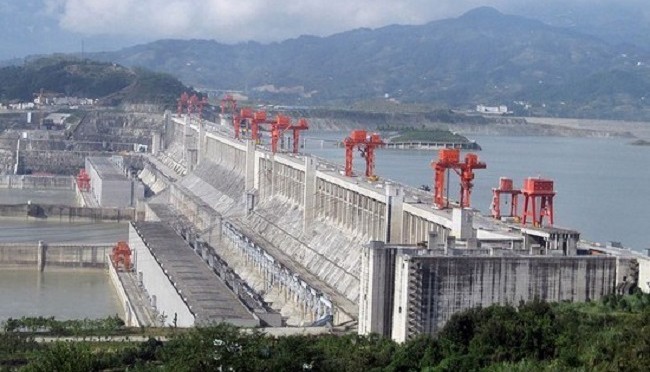 The Three Gorges Dam is a hydroelectric dam spanning the width of the Yangtze River near the town of Sandouping, China. Regarded as a feat of historic proportions by the Chinese government, the dam is the largest power station in the world, producing a total of 22,500 MW (11 times as much as Hoover Dam).

“TGD [is one of the biggest engineering advancements of this century] because of the sheer scale of energy it produces: 22,500 MW of raw energy going to the people, where it can power factories, people’s homes, hospitals, etc.,” agrees Ben Reade, a mechanical engineering student at Edinburgh Napier University.

TGD is a massive construction, measuring 2,335 m in length with the top being 185 m above sea level; 13 cities, 140 towns, and over 1,600 villages have been submerged under its reservoir, considered the largest of its kind. The entire north-to-south project costs $62 billion to complete.

As well as producing electricity, the dam is intended to increase the Yangtze River’s shipping capacity and reduce the potential for floods downstream by providing flood storage space. The Chinese government regards the project as a historic engineering, social and economic success,[17] with the design of state-of-the-art large turbines,[18] and a move toward limiting greenhouse gas emissions.[19] However, the dam flooded archaeological and cultural sites and displaced some 1.3 million people, and is causing significant ecological changes, including an increased risk of landslides.[20] The dam has been a controversial topic both domestically and abroad.[21]